12 Most Frequent Electrical Problems And How To Fix Them 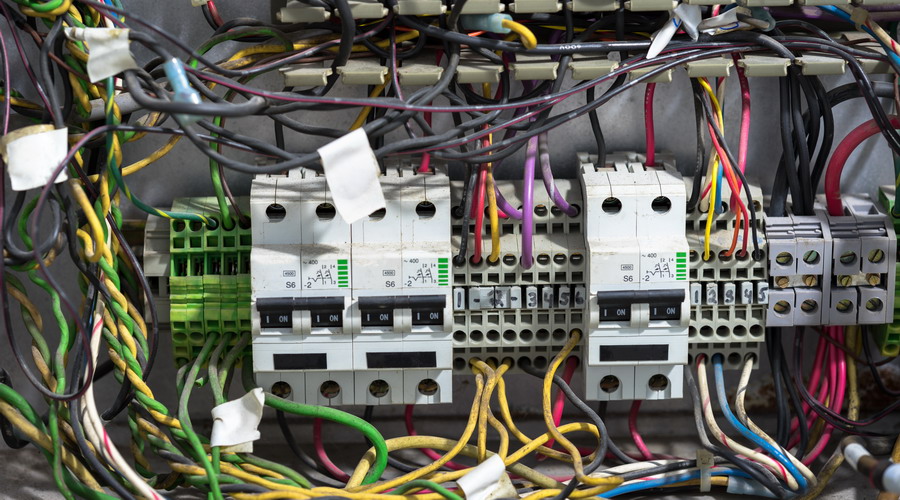 12 Most Frequent Electrical Problems And How To Fix Them

Electrical problems should not be taken lightly. It may seem simple to you, but if you let it become worse, it might result in a fire or end up with someone getting a really bad electric shock.

Everything around you runs on electricity. The lights, the HVAC system, TV, refrigerator, and the other electrical appliances and equipment in your home. Each one of these can become a danger to you and your family. This is why you need to be vigilant when it comes to the electrical issues in and around your home. You have to know how to spot the signs of electrical problems. If something seems faulty, even if you are not sure, you have to check it out.

Remember that all it takes is one spark to start a fire. And it only takes one exposed wire to shock someone unconscious.

To help you spot problems with your electrical system, here are the common issues that you need to be one the lookout for.

Let us start with the dangerous electrical issues. These are the problems that can lead to serious injuries. That means if you spot any one of these, you have to get it resolved immediately.

This is one of the most common problems caused by having an overload in the current flow. For instance, plugging too many high-voltage equipments (e.g. hair dryer, curling iron) at the same time can cause an overload. Another scenario is using a 100-watt bulb for a lamp that has a maximum 60-watt bulb will overload it. This can be an overload lamp by shutting it down. The worst-case scenario is having it melt and causing a spark. This will lead to an electrical fire.

You will know that you are having a circuit overload if you are always resetting a breaker that keeps on tripping. Check the items plugged to find out the culprit.

This is also called an over-circuited panel and it is just as dangerous as an overloaded circuit. It can lead to an electrical fire if you are not careful. The electrical panel accommodates a number of circuit breakers that fit into slots. While it is made to hold multiple circuit breakers, you need to know that there is a maximum load. This will depend on how big your home is. The bigger the lot area, the higher the amp requirement.

To keep it from overloading, make sure that you know the amp requirement of the property and use the appropriate panel. Also, do not use tandem pole breakers – it allows two switches in one cartridge slot. This is a code violation because it causes the panel to overload.

A junction box hides the wires where the electric current runs through. This should have been installed during construction. If for some reason it becomes uncovered, you need to cover it immediately. An uncovered junction box exposes the wires and increases the chances of having it damaged. Not only that, it keeps people from getting hurt by an electric shock.

Of course, this is easier said than done because this is inside your wall. This small metal or plastic box is quite small – so finding it may be a bit tough if you are not the first owner of the house. You might want to get the help of an electrician for this.

If you touch the surface of the outlet or a circuit and it feels warm, that should cause an alarm. It is not supposed to feel warm to the touch. If it is, that is an indication of a problem inside the outlet or circuit. You need to have this checked immediately.

This is one of the electrical problems that you need to investigate immediately. When the breakers are constantly tripping, you need to see what is causing it. Obviously, there is an overload somewhere. You need to spot where this is so you can fix it. Make sure there is just enough electrical appliances or devices plugged in one source. If there is no over-plugging anywhere in your home, it could be faulty wiring. Get in touch with an electrician immediately.

This is probably the most dangerous of all the electrical problems. It can be life-threatening and it is more common in households than you thought. There are many reasons for this to happen. One is that the wiring is not grounded. Another reason is poor insulation. This problem is more common for homes that were built more than 20 years ago. While this is commonly caused by faulty wiring, it can also be caused by the appliance or device plugged in. When you get a shock after turning something on, you need to check if it is the wiring or the appliance. If you transfer it to another outlet and it turns on okay, the problem is the outlet. You need to have that checked.

While these may not be life-threatening, these harmless electrical problems still need to be looked into. If you ignore it, there is a possibility that it will turn into something more dangerous.

A power surge can be caused by a couple of things – lightning, a jump in the power line, etc. This increases the flow of electrical current that goes to your outlet. When this happens, all the electrical appliances and equipment plugged to an outlet will turn off. One power surge can be enough to damage your appliances or electronic devices. This is why when there is a thunderstorm, you need to unplug the items that you are not using (e.g. laptops, charging devices, etc).

But that is not really a huge cause for concern – unless it happens frequently. It is a sign of a defect somewhere in your home. To fix this, you need to look into any cheap electrical products that you recently bought and plugged in. It might be causing this problem. If not, then it could be faulty wiring. You need to have this checked by an electrician immediately. Install a surge protector too. This will protect your appliances and devices in the event of a power surge.

Problems with the lights

Did you know that your light fixtures can indicate if you have electrical problems or not? There are quite a few signs that you can look into. If the light bulb is flickering, getting brighter or dimmer more than usual, or burning out quickly – these are signs of a problem. It could be a bad neutral connection, incorrect wattage, loose connection, faulty wiring, etc. You need to check if the problem is the light fixture/bulb or the outlet/circuit. Try plugging the light fixture into another outlet. If it lights up, then the outlet is the problem. If that is true, you need to have it checked by an electrician.

This is also called sags and dips. It is just like a power surge but the opposite. When there are intermittent drops in the voltage. It is only temporary – having the lights turn dim then go back to being bright. This is usually caused by having too many big appliances plugged at the same time. But it can also be caused by an electric panel that needs updating. Of course, faulty wiring can also be blamed for this. This needs to be investigated and fixed if necessary.

Some people will not think that this is a problem. But it can lead to serious ones if you are not careful. If your home does not have enough outlets, you will most likely use an extension cord to accommodate all your electrical devices. First of all, it might be an indication that the panel of the house can only accommodate a certain load. Not only that, the extension might cause an overload in the circuits. If you have to use an extension cord, make sure you buy a good one. There are extension cords with its own on/off switch and can withstand heavy loads. Opt to use these even if it will cost you more.

This might not be life threatening but it can be a real inconvenience. You should have this fixed as soon as possible. If you leave this unresolved, it might make things worse. There is usually something wrong with the connection of the wires inside the switch.

There are seasons when your electric consumption is higher. Obviously, this will result in a higher electric bill. But if you notice that your bill is usually high, you need to check the electrical system in your home. There might be electrical problems that require immediate attention. Not only will this keep it from becoming worse, but it will also help save you money.

Can We Help You?

Air America is licensed to offer a full range of services for any Air conditioning and heating or HVAC system. Contact us today to experience the Air America difference.

seasonal - based on temperatures and demand

Air America provides individual solutions for every air conditioning and heating issue – whether it involves a residential or commercial system. We service Sarasota & Manatee counties. Need help with your HVAC system, give us a call today!